What did Nancy Pelosi represent in US politics?
mogtma

What did Nancy Pelosi represent in US politics? 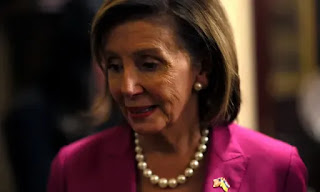 As the new House Republican majority stumbles into power, with all the chaotic, embittered bumbling of a rich man’s son who can only seem to fail upwards, another, peculiar kind of political transition is taking place: Nancy Pelosi, 82, is leaving the House speakership, almost certainly for the last time.

Perhaps no individual has come to symbolize the Democrats more to the people who do not like the party. To Republicans, Pelosi has long taken on a kind of mythic malice. To the Fox-watching white male, Pelosi symbolizes liberal elitism, a vague but totalizing specter of corruption, and that particular kind of liberal decadence that can be evoked by the name of the city that makes up nearly all of her longtime congressional district: San Francisco. She’s a woman in power, and she’s long been supportive of gay rights, and she opposed the Iraq war. She’s been a reliable opponent of conservatives’ favorite culture war crusades: she supports gun control and opposes Confederate statues. In an association facilitated by misogyny, her very face is a shorthand for liberal extremism, a visual code that denotes secularism, taxation and frightening new pronouns.

Which was always a bit of a stretch, because the fact of the matter is that the American left tends to hate Pelosi, too. To them, her two terms as speaker – first from 2007 to 2011, and then again from 2019 until this coming January – were eras of strictly enforced centrism. Under Pelosi’s tenure, the congressional agenda was kept well to the right of the base’s preferences, and leftist stars like Alexandria Ocasio-Cortez were needlessly sidelined.

Pelosi has taken positions that frustrate and disappoint the Democratic rank and file. She allegedly knew about waterboarding during the war on terror, and she didn’t object to it; she’s backed Israel even in its most flagrant violations of Palestinian rights. And for all the fear and hatred she provokes in Republicans, some Democrats found her insufficiently willing to attack them. Under her leadership, the House impeached Donald Trump twice. But the Rubicon of impeachment was only crossed belatedly, in the face of Pelosi’s long, obstinate resistance. Many Democrats felt that the impeachments – along with other congressional oversight efforts against the Trump administration – were too tepid, and came too late.

Neither of these understandings of Pelosi really capture the most striking aspect of her career – which has been characterized, above all, by an almost preternatural ability to discipline her caucus. Perhaps no speaker has been so successful at securing votes and cultivating the loyalties of her members; in interviews, Democratic House members speak of her with awe, like she’s something between a charismatic high school teacher and an emotionally withholding mom. This charisma is carefully cultivated: she famously tells no one her secrets, but has a long memory – both for past favors and past grievances. Some members seem to be eagerly seeking her approval. None seem willing to cross her. She has a natural’s instinct for politics, able to anticipate what will persuade someone to do what she wants them to do before they often know themselves.

Pelosi cultivated this talent from a young age. At the beginning of her political career, Pelosi painted herself as a mom and housewife, the devoted spouse to Paul, an obscenely wealthy financier, and the doting mother of five. But this pretended humility was always a rather flimsy facade. In reality, Pelosi is the scion of an influential Democratic political family from Maryland: her father was a congressman, and both her dad and brother served as mayors of Baltimore. Her job as speaker was one she had been training for since infancy, or at least since she attended her first presidential inauguration, at 12.

After she and her husband moved to San Francisco, Pelosi swiftly rose in the ranks of the California Democratic party, in part because Nancy, with her comfort among elites and the almost coercive power of her charm, was very good at raising money. She was elected to Congress in 1986, and never looked back; she quickly stood out as a charismatic voice in public and an aggressive negotiator in private. Pelosi became the leader of the House Democrats in 2003, and ascended to become the first – and so far, the only – woman to serve as speaker, in 2007.

Under Pelosi’s tenure, the House Democrats have achieved some herculean tasks of political maneuvering. Everything that the Democrats have accomplished legislatively since 2007, they have accomplished thanks to Pelosi’s control of her caucus. She forced through the Dodd-Frank campaign finance reform bill in the face of the kind of fearsome opposition that a politician of weaker will would have balked at. She managed to pass the massive Affordable Care Act, expanding healthcare coverage to millions, in a show of persuasion and strength that could terrify grown men, and did.

These are the kinds of bruising political battles that would end a different congressperson’s career, but Pelosi’s district is among the safest blue seats in the country. She’s never faced a real challenger for her spot; during her election years, she doesn’t even engage in debates. Her re-election campaigns are little more than formalities: everyone, in San Francisco and elsewhere, knows that that seat belongs to Nancy Pelosi for as long as she wants it. This safety is what allowed Pelosi to turn to her bigger, more national ambitions. Her real constituency has long been the whole country – or at least, the whole of the Democratic party.

But recent years have taken the shine off of Pelosi. She stood in the way when Democrats wanted to pass ethics reforms that would have forbidden members of Congress from trading individual stocks; this past summer, she made the dangerous choice to travel alone to Taiwan, in a show of defiance against Xi Jinping. And the constant attacks on her personally from the right have begun to take a grim toll. This fall, a crazed man, deluded by rightwing media, broke into her California home with a hammer, and attacked Pelosi’s elderly husband, fracturing his skull; he was there looking for Pelosi.

Perhaps the quintessential moment of this part of Pelosi’s career came during the January 6 hearings, when footage of the speaker taken during the Capitol attack emerged. In the hidden location where the House members had been taken, she makes brisk phone calls, searching for a way to clear the Capitol. Her calm competence, contrasted with her extreme physical frailty, made for a portrait of integrity, endurance, courage. But even then, Pelosi seemed out of place. In the video, her institutionalism, and her faith in the legal process, shines through. You get the sense that she feels strongly that everything will be all right, if only she can make the right phone call. As the mob stormed the Capitol, and Trump orchestrated them on Twitter like a symphony conductor, Pelosi’s technocratic proceduralism could not have stood in starker contrast. She looked, perhaps for the first time, like a figure from a lost era. 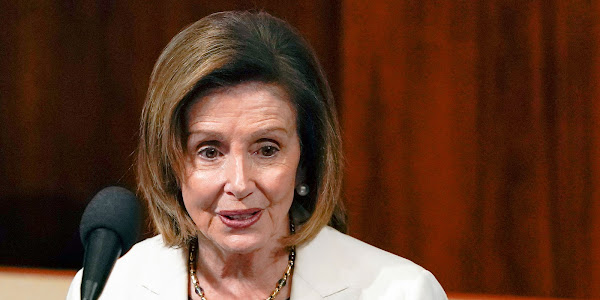