-->
Home
Sport
Why was Ohio State basketball upset in the first round of the NCAA Tournament?

Why was Ohio State basketball upset in the first round of the NCAA Tournament? 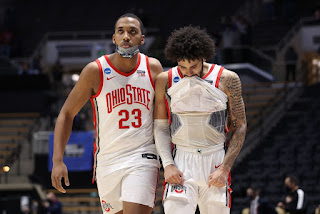 WEST LAFAYETTE, Ind. -- So what led to Ohio State heading home Friday night after an abrupt dismissal from the NCAA tournament by Oral Roberts?

There were season-long issues that were never fixed, even in wins. There were specific problems that erupted Friday that were more uncharacteristic, but sunk the Buckeyes in the 75-72 overtime loss.

OSU deserved to lose, regardless of its widely-acknowledged superior talent. It spent almost 25 minutes playing from behind, turned the ball over at an alarming rate (tying a season-high of 16) and struggled to score efficiently.

The Golden Eagles weren’t much better, but made plays when it mattered most.

“We all have to be responsible for not quite getting it done, and it begins with me first and foremost,” head coach Chris Holtmann said. “Obviously, you’re a two-seed for a reason. That means you’ve put in great work throughout the season. You had a body of work that was really good. There were some tremendous moments of the season. By and large, it was a special year with a conclusion that is one that we’ve gotta lean into.”

Here are some specifics that will haunt the Buckeyes until next season.

Lapses in the scouting report

Oral Roberts is a two-man band. Max Abmas is the lead singer and guitarist, while Kevin Obanor is his drummer. Everything goes through them. They each played all 45 minutes and were responsible for 45 of the Golden Eagles’ 70 shots, including 22 of 35 three-point attempts.

That was a performance that had to be known days ago during pre-game research. Abmas is leading the nation in scoring at 24.3 points per game, and Obanor added 18.2 points and 9.2 rebounds.

Shutting two players down, when a team has all forms of plays designed to get them the ball, isn’t reasonable to expect. But you can make things difficult. OSU didn’t do that. It essentially allowed those two to combine for 59 points while no one else had more than six.

That’s a failure on the coaching staff. Those two should’ve been the only two names on the scouting report when putting together a defensive gameplan. Instead, they basically allowed two people to dictate a game. Abmas consistently was able to handle the ball around the perimeter, occasionally diving to the basket. Obanor had putbacks and was frequently an open relief valve if Abmas was pressured, standing at the top of the key for another 3-point attempt.

A lack of composure

Have we talked about this enough? It’s why the Buckeyes were on a four-game losing streak heading into the Big Ten Tournament. It’s why every game leading up to the championship was an emotional roller coaster to get to the finish line. Now it’s why their season is over.

“I think we had a couple of possessions there that we just had rushed plays,” Holtmann said.

Ohio State struggled all afternoon, but still held a 64-60 lead with 2:34 left in regulation following a free throw from Musa Jallow, a floater from Duane Washington Jr. and a free throw from E.J. Liddell. But with the pressure on the Golden Eagles, the Buckeyes not only went scoreless, it didn’t even force ORU to make shots.

Fouls by Liddell, Jallow and Justin Ahrens all sent Ed Obanor to the free-throw line, where the game was tied and sent to overtime. That’s not Minnesota having Marcus Carr get hot late, Purdue’s Trevion Williams finding a way to dominate in the post or Michigan scoring on 14 of its last 15 possessions. It’s just simply having a lack of composure.

Turning the ball over 16 times against a team that ranked 246th in adjusted defensive efficiency is woeful. Settling for threes and contested midrange jump shots instead of making it a point to allow Liddell — who finished with 23 points, 14 rebounds and five assists — to consistently have his way in the post shows a lack of discipline and execution. It’s also reflection on Liddell, who often panicked when double-teamed, resulting in his team-high five turnovers.

Washington’s offense has a certain love-hate quality. When he’s on, he’s capable of putting up 30-point performances that keep OSU in any game. But when it’s not there, it leads to inefficient 18-point nights on 7-of-21 shooting, 3-of-10 from three-point range.

The problem is one is never quite sure which version is going to show up. More importantly, this coaching staff seemed uncertain how to fix things when it’s not a good day.

“Maybe he was pressing a little bit,” Holtmann said. “This was their first real experience in the pressure of an NCAA Tournament game. Maybe there’s some things I could have done better to relax him because I thought he played uncharacteristically, maybe a little too wound up.”

For much of the roster, this was their first taste of the NCAA Tournament. Far too often, it showed.

Up four with less than three minutes to play, if you make free throws, you win the game. The Buckeyes shot 76.3% during the regular season (32nd in the country). But that number had been slipping for a few games now.

Ohio State made fewer than 70% of its free throws just eight times coming into the tournament. But four came in the past six games. Michigan rallied in the Big Ten semifinal because OSU shot just 57.1% from the line. Friday, it missed nine of 18 attempts. That included Jallow and Liddell going one of two in trips late in the second half, then Washington missing twice in overtime.

Friday, every free throw was a critical one. 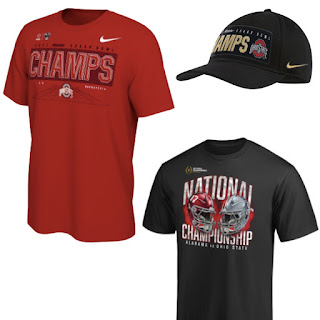